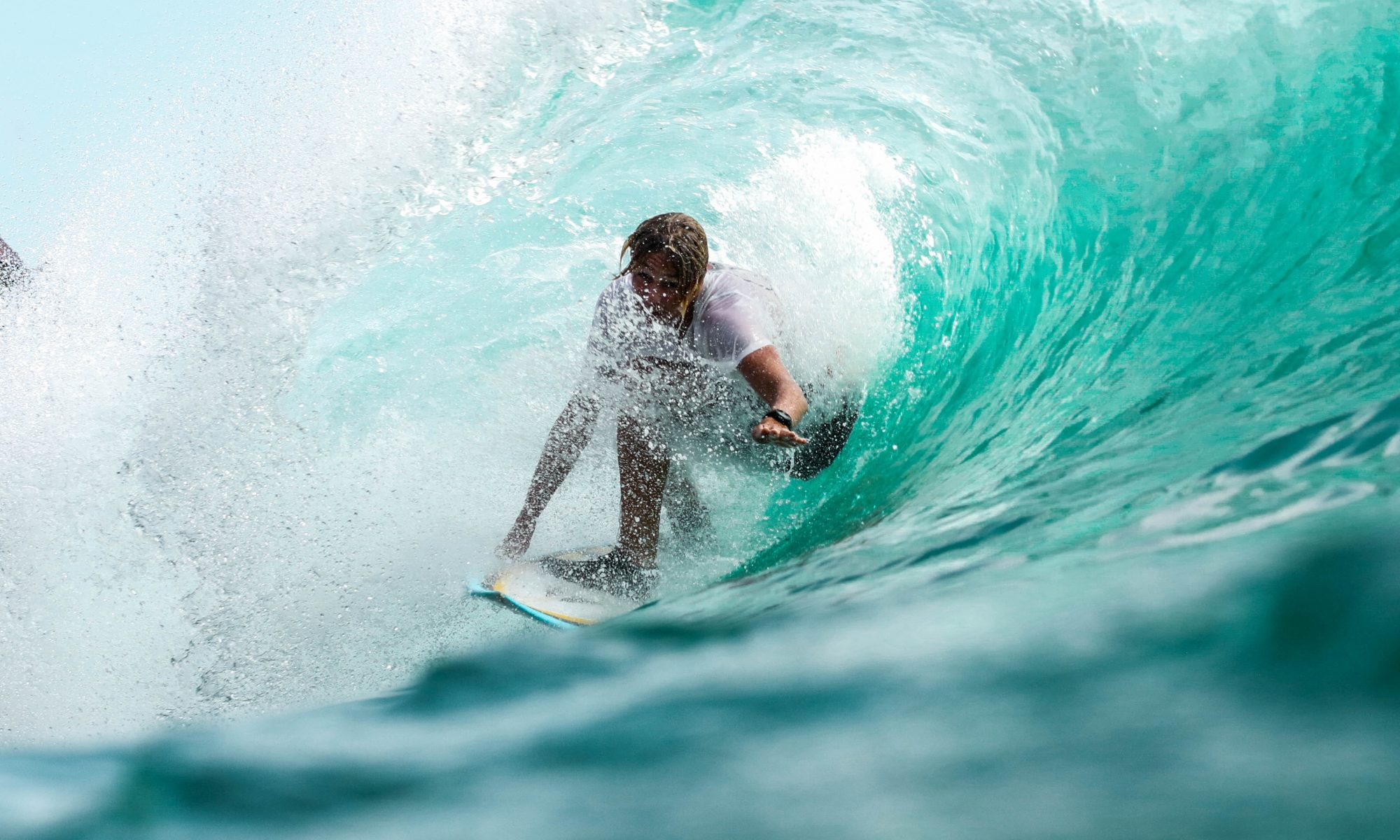 Karen Lambert asks this question at the beginning of a recent research paper.

I’m writing this as an introduction to a podcast I took part in at the beginning of April 2020 discussing Karen Lambert’s paper. (There is a link to the podcast here and the research article reference at the end.) It is also two weeks into the Corona lockdown. I’m aching to be in the water; surfing, paddling, swimming, doing anything as long as it is in wild water! I’m also desperate to ride my horses. And I can’t do either. I am shocked at how much my whole body craves movement at the moment. Not just any movement though. My experience of pleasurable movement has always been in adventure sports. Pushing my body and mind, being immersed in nature. I assumed that traditional sport was more a chore than an exhilarating experience (although I now know I was wrong there!). END_OF_DOCUMENT_TOKEN_TO_BE_REPLACED

Do we need to understand learning and coaching theories?

As a coach, how much do you think about theories of becoming skilful when you are making your coaching decisions?

I remember being introduced to dynamical systems theory and ecological psychology in my undergraduate motor control lectures in the early ’90s and thinking that someone had just switched a light on for the first time. The concepts made so much sense; they were fascinating, exciting, intuitively simple, and reflected everything I saw in the natural world around me.

However, as I started trying to conduct my research in motor learning I found myself entangled in a hugely complex theoretical and mathematical web and having to learn what felt like a whole new language. The emergence of ecological dynamics (ED) as a coherent framework for understanding skill acquisition, and the constraints-led approach to guide practice design, has made the concepts much easier to embrace and use in research, coaching practice and designing learning contexts. END_OF_DOCUMENT_TOKEN_TO_BE_REPLACED

Memories of my early white-water kayaking experiences consist of an overwhelming sense of not being in control. As a passionate mountaineer, I was learning to paddle because I needed a basic instructor ticket to work in the outdoor pursuits industry in North Wales.

I passed my 3 Star (a personal proficiency award) after just a few hours of practice. In those days, the 3 Star, an introduction to moving water, was trained and assessed on flat water. I learnt to ‘break-in’ to the current by paddling forwards on a lake, putting in a huge sweep stroke to turn my boat, then doing what I called an ‘air brace’ – a support stroke that was about as useful as a chocolate teapot! We practised these sequences and shapes every time I worked with a group on the lake.

My fellow instructors were all male and all experienced paddlers. The pressure to succeed as the only female shaped my perceptions and my determination to keep up with them. I felt that I had to be as good as, if not better than them, to survive in my work domain. I had to not make mistakes. And most of all had to be brave and show that, as a woman, I was capable of working in this industry. For their part, they thought that being generally confident and competent, I’d get along fine if they looked after me and I just kept trying. END_OF_DOCUMENT_TOKEN_TO_BE_REPLACED

The influence of individual differences. Affordances and developing perception-action coupling

Winters in Llanberis (North Wales) can feel a bit like living in Mordor. Steep mountains hide the weak winter sun and the scars left by the slate quarries add to a landscape of stark desolation. So, like many of the local climbers, my winter evenings were often spent at the Beacon Climbing Centre in the bright, vibrant and social space of their indoor walls.

One evening at the Beacon, I bumped into an old friend and university colleague. While we chatted, he asked what boulder problem I was working on. I happily showed him a very balancy, slightly crouched traverse, with small holds. My friend had a go and was very disheartened when he could not pull onto the first move. He laughed. Then said that it was so frustrating that despite being able to climb multiple grades harder than I could on any rock or ice outside, there was no chance that he would ever be able to do this particular boulder problem. He was a mountain guide and very proficient rock climber, but for him, this was a rare visit to the wall and he was there to lead climb with an old friend. He concluded that he was too tall to squish into the space and not flexible enough to make the moves.

Then he told me a great story. He asked if I remembered Crooky (Martin Crook) from our time at university. Of course, who forgets Crooky? Well, Crooky climbed a lot with his friend Big George (Smith). Although both brilliant climbers, Crooky would often spend ages working routes, then George would have a go and cruise them. Because George was so tall, he could reach extra holds and often miss out crux moves. Then, in 1994, Crooky put up a short route with sketchy gear (now a popular high-ball boulder problem). The route, on Craig Fawr in North Wales, is described as simply ‘a striking finger crack,’ but is in fact, a very thin, striking finger crack. So thin, that when Big George first tried it, he couldn’t fit his fingers in it. As a jest, a mutual friend of theirs called Jim Perrin then persuaded a gleeful Crooky to name the climb ‘Too hard for George Smith!’ END_OF_DOCUMENT_TOKEN_TO_BE_REPLACED

Finding the zone of optimal learning

While watching and listening to skilled performers I have noticed that they all seem to be happy, even passionate, about operating at a level where they are at the edge of their ability. They make mistakes, explore options, try new things and then push a little harder to see what happens. I’ve watched gymnasts, climbers, skaters, and paddlers spend hours, days and even months fervidly working certain moves and problems.

Skilled performers seem to delight in engaging at the edges of their ability; trying, failing, trying again, failing again. Like children playing, they are exploring while they are practising: intently focussed, moving and perceiving, making decisions and problem-solving. All the time they are building on what is necessary for skill development in the context in which they are operating. Their internal dialogue is more “I wonder what will happen if…?” rather than “I must try and do it like this.”

In this article, I develop concepts for understanding what is going on when performers develop their skills through play and exploration. When what they have done in the past starts to break down and they find new solutions beginning to emerge. I look at how grasping the value of performance instability and making mistakes allows us to get beyond traditional ideas of linear progression. This then leads to a way of talking about what happens to skill when we increase the challenge – and to a tool to help us plan and structure our practice. END_OF_DOCUMENT_TOKEN_TO_BE_REPLACED

Dynamics Coaching
When this happens, it's usually because the owner only shared it with a small group of people or changed who can see it, or it's been deleted.
View on Facebook

Dynamics Coaching
Another super issue of Skill Acquisition for Coaches. Read here and sign up for the newsletter 👇

Phil’s Favourite Five on FridayThis weeks at a sconce:Quote: Everyone is motivated by somethingResource: Different ways of co-creating with the playersTweet: Metastability in martial artsArticle: Overview and Introduction to Skill Learning from an Ecological Dynamics Perspective.Podcast Episode: L...
View on Facebook

Dynamics Coaching
From the brilliant Stephen Rollnick.
‘Sports coaches: Free little e-book on connecting and keeping connected. Most of my work life in a few pages! Please just share the link. Thanks to @psychwire for providing access.’

Good relationships provide a powerful foundation for coaching. Connecting is something you do and can practice getting better at, particularly the art of listening well.
1    View on Facebook

Dynamics Coaching
So many great moments. I know what my favourite was. Make sure you vote for yours.
View on Facebook