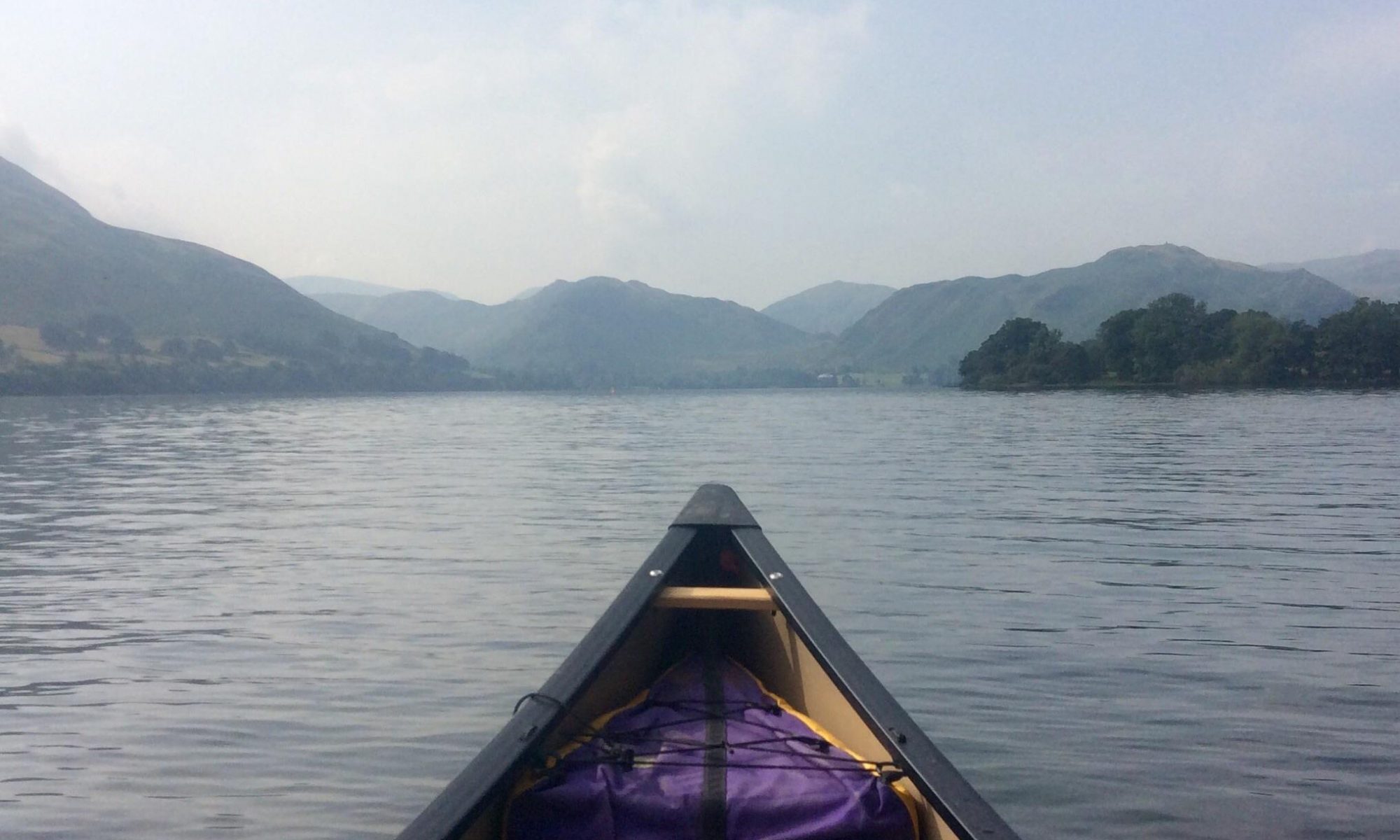 Two things jumped out at me. The first was that if I closed my eyes it sounded like the session could have been run in a gym and on an ergo. There was no mention of the environment or attempting to adapt to it. There was no inclusion of outcome measures, learner decision making, or any motivational or psychological elements of performance. The second was that the less experienced paddler was becoming progressively less competent if you measured the outcome.

Sure, the forward paddling looked technically more correct, but it did not fit with the wider picture. The focus on a ‘perfect’ technique was at odds with the environment. It ignored the side wind and achieving success around the triangle; it completely ignored the lack of steering, accurate timing, turning on the move, balance, motivation, and stability. The paddle was going in and coming out of the water where the coach had prescribed, but there was less fluidity, tighter and smaller movements. It became more robotic looking, less connected to what the water and wind were doing. As I watched it appeared that ‘imposing’ the technique onto the environment and increasing power transfer was simply confounding and increasing the lack of steering, timing and balance. It was preventing the development of ‘feel’ and adaptability.

The coach was very pleased with the session and saw it as an excellent example of what they had been trained to deliver. Whilst I appreciate that this is an extreme example (those are the ones that stand out), it is very typical of a technique based coaching session. And, if you believe that you can learn a movement pattern in isolation of the environment in which it is being performed, it was a very good session. After a short chat, the coach agreed that for the next session they would focus more on adapting to the environmental conditions. This was likely to include developing balance and coordination, a focus on autonomy and motivation, an external focus of attention and exploring movement solutions. This time, the level of success as a measure of change in ability was huge. So were the grins on the faces of the clients after achieving, in their words, ‘more than they ever expected’.

So, what does this mean to us?  If we are trying to develop ourselves, or help those we coach to become more skilful, what information do we need? To answer this question it may be useful to have an understanding of how we learn movement skills. In the article about the stages of learning, this is explored in more detail. For this article, let’s explore what a skilful performance is. Adventure sports are outcome orientated (you make the line on your skies, trail or river; or reach the hold in balance when climbing) and not about form, like gymnastics (although the outcome is still very important).

Adventure sports require a mixture of balance & coordination and the ability to ‘read’ the environment. This resonates with the way that my son Sam practised on the Tryweryn part 2, the second coaching session in our example above, and the experiences of the elite performers that we shared in part 1. Both Aled and JD described the opportunities for movement (or affordances) that their respective environments were offering them. Affordances that, to me, were totally alien and did not exist!

If we use Newell’s (1986) model of how we learn, we can describe learning as developing the ability to organize various body parts (i.e. neurons, muscles and joints) in coordination with each other (known as co-coordinative structures or coordination patterns), and in response to options for movement that seem possible from the perceptual information (affordances) that is being picked up from the environment. Or, in other words, the development of perception-action coupling. The elusive ‘feel’! Instead of our focus being on guessing what might be happening internally (to motor neurons or muscle fibres), we focus on the person-task-environment interaction.

Learning to run requires an understanding of how to adapt to different surfaces and terrains. Through experience we learn that it is generally a good idea to run around obstacles and we change our gait, stride length and balance on slippery surfaces and steep, unstable slopes. If we were blindfolded on unknown and uneven ground, what would happen to our running gait? It would become pretty rubbish. Why? We have not lost the ability to run, just the perception-action coupling that we have developed using visual information. Being able to run on a treadmill, a perfectly flat, grippy and obstacle-free surface, does not mean that we can run with skill everywhere.

In dynamic environments, no two performance movements are likely to be identical. This repetition (of outcome) without repetition (of movements) is achieved by practising in a way that encourages movement variability. Extensive practice by experimenting with lots of movement solutions in real environments increases the development of perception-action coupling. This is the ability to ‘read’ the environment and respond. Practising ‘trying to do perfect technique’ will not develop perception-action coupling. What constitutes adaptive technique, will look different at each stage of learning; for example, a child learning a new skill cannot, and should not, mimic the movement pattern of an elite adult.

We, therefore, need to focus on two key aspects:

So, this is the important bit. The two parts of skilled performance need to be learnt together – perception and action! We have evolved to learn to move within the environment in which we are moving; not to learn a movement pattern first, then try to impose it onto the environment after.

In summary; we learn to move skillfully by developing coordination patterns that are linked to perceptual information in the environment. This perception-action coupling requires a focus on all of the relevant information (e.g. visual, auditory, haptic [touch and pressure], and kinesthetic.. etc.) that can inform movement options. Each person has and develops their own unique movement options that are a mixture of what they perceive, what they think they can do, and what they want to achieve (affordances). To learn adaptive skills like adventure sports, we need to be able to explore lots of movement solutions in an environment that is real (authentic in the perceptual information available). To develop full body coordination, we need to be able to do that in a way that preserves full body movement.

Preparing to practice on sheltered water. Is this representative of a moving water environment?

If we accept that our goal is to facilitate accurately identifying and using movement relevant information from our environment to achieve effective and efficient outcomes; then how we practice, and the information we use should support this. This is referred to as a ‘representative learning design’ or RLD. In part 4 we will explore how to make sure that we are becoming attuned to the information that is actually relevant for us, and not accidentally tuning in to incidental or ‘background’ information.

* The coaching session was one that I was observing in my role as an IV officer (Internal Verification) for the National Governing Body. It was to sign off the assessor, not the coach. I don’t make a habit of randomly spying on other people’s coaching sessions, honestly! 🙂

Lot’s of complexity here requiring skilfull reading of the environment. Dan Wilkinson using the river features with finesse in the Granite Canyon of the Rio Apurimac, Peru. Photo by James Bruton

I would like to thank all of the people who helped in the writing of this article. There are so many people I spend time talking to and discussing ideas, both within academia and practitioners in the field. The conversations, the research, edits, re-edits and proofreads are all such an important part of the process. I would particularly like to thank Greg Spencer and Sam Davies for their input and encouragement in writing this series.

We'd love hear what you thought of this article. It's good to know if all our hard work is appreciated and how we can do better :) Cancel reply

This site uses Akismet to reduce spam. Learn how your comment data is processed.

Dynamics Coaching
What makes Danny MacAskill so good? Maybe the fact that he is highly skilled at falling? 😮👊

Dynamics Coaching
This looks like a fabulous research project. Are you looking for an opportunity to do some fascinating and vital research ? All fully funded.

Danny MacAskill
Got the mega booter out this afternoon... #trials #kicker #pallets
View on Facebook

Dynamics Coaching
This is so worth listening too. One of the best podcasts I have listened to for a long time. Covers some climbing research and very 'ugly curve.'

Rob Gray ⚾️👁 on Twitter
“P&A Podcast #308 – Interview with Paula Silva, Cincinnati. Anti-fragility, Movement Adaptability, Dynamic Touch. How can stress help a performer adapt and grow? How can we challenge an athlete at the optimal level? https://t.co/xd8zxdKpkv”
twitter.com
View on Facebook